Running a little later with my CC103 offerings today, as I was at work all day and had a late start. Still, I managed all SIX of today's tags. The fact that this was the one I'd been waiting for definitely helped. anyone who has been around my blog since about March probably knows how much I love the new Distress Crayons, and I've been waiting impatiently for more tricks to using them!

I can tell you though, this keeping up with class every day is quite the marathon! 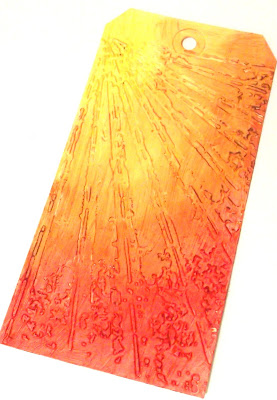 You know how sometimes you're making something and halfway through you think of something that would be so much cooler? That happened today with the first tag. After waiting an absolute age for my texture paste to dry, adding my medium and waiting again, I suddenly thought that a sunburst would be pretty awesome, so went back to square one and waited alllll over again. The end result was so worth all the waiting though! 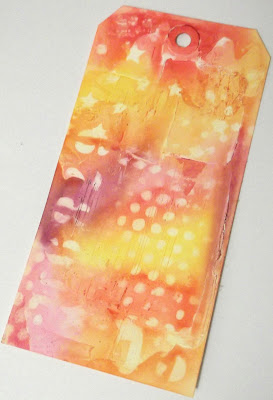 Yes, I've used this technique before, but it's so much fun, I didn't mind playing along again. I used pretty similar colours as the first tag, with an added hint of purple. Love how it came out. 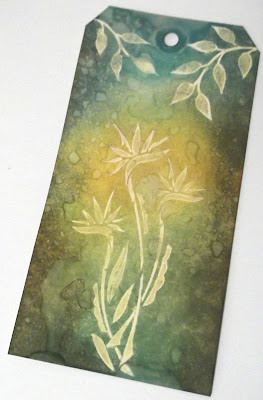 And back to grungy for this one! I'm especially happy with the water droplet effect this time. 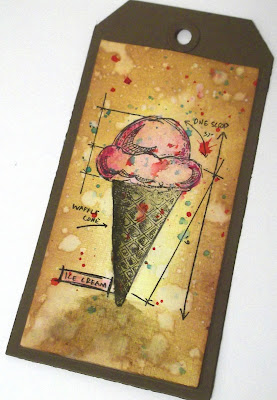 This was probably the most frustrating one of the day (I'm still pretty rubbish at water colouring), and I really didn't like how it looked until right at the end when it all just came together. I chose lots of coloured splotches because they made me think of sprinkles! (does anywhere outside of the UK do sprinkles on ice cream?) 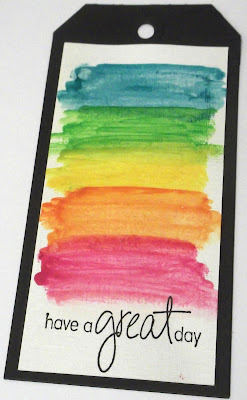 Super quick and easy to do, but oh so much fun, and such a great result! Can see me using this a LOT for "need a card in a hurry" situations... 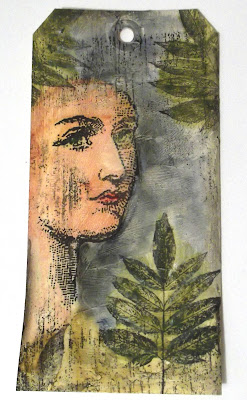 This was one that I thought right from the get-go was going to be a complete disaster... And you know what? I'm actually a little in awe of how brilliantly it turned out! It's a shame you can't see the crazing effect, because it really adds to the overall look, but either way, I'm very pleased. Not in the least because I managed to blend myself a halfway realistic looking skin colour!

And that's it. Phew! Working again tomorrow, so could be another late-ish one, but so far I'm pleased I've been able to keep up.

And now, to bedfordshire!

See you later folks, have a great one!

These are all fabulous Sammy but I do love the first one best!! Clever idea and looks well worth you having started over!

Yep I have to agree with the general consensus of opinion...that first tag is stunning, the colours and sunburst effect are perfect together! I'm also extremely impressed with the last one...you've done an amazing job with the skin. All the tags are fabulous -I'm looking forward to the next installment!
CHris
x

They are all beautiful Sammy - like you I was not sure about the final tag (of mine) but yours is a real triumph (unlike mine!!). xx

I have no idea how you are keeping up with making all these amazing tags but it's great fun seeing what you create!
This batch has some really lovely effects...I especially love the sunburst and the textured resist, but they are all fabulous :-)
Big hugs, Kat xx

Another fabulous collection Sammy, I love the colours on the first two and number five is another favourite. I don't know how you are managing to keep up so well.
Pauline
x

Oh wow Sammy! I've been so out of touch with the craft world .. I hadn't even known he had crayons!!! All of your tags are brilliant!! And I don't even have a favorite one because I totally love them all!

ps .. thank you for giving me a smile on my blog!

Beautiful tags & techniques. Love them all. I need to make more tags. Do drop by my blog if you'd like to link up to my candy.