You ever have one of those months where you seem to be suffering from the reverse Midas touch, and everything you do turns out the opposite of what you wanted?
Well, that was me this month, which didn't bode well for my March challenge project for Rhedd's Creative spirit!

Well, this MDF ATC box almost went completely wrong, after some paint that said it was white (in big, unmistakable letters, no less), turn out to be a rather unattractive shade of grey once it dried.
To cover up, I decided to go with a pale yellow hued paint instead, as trying to make it pristine white would have taken too many coats and I'd have lost all the detail. I then added some more colourful touches with pigment powders, and a generous helping of Finnabair's metallique wax. 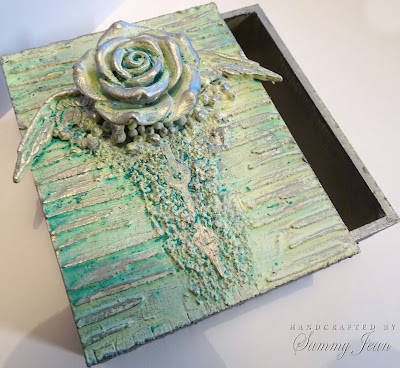 So not the pale, delicate, barely-there colourscheme I was hoping for originally, but I think it works!
I also adore the wings, which are from a pack of Tim Holtz ideology wings I picked up recently, and the stripy stencil I used is my current favourite, from AALL & Create. 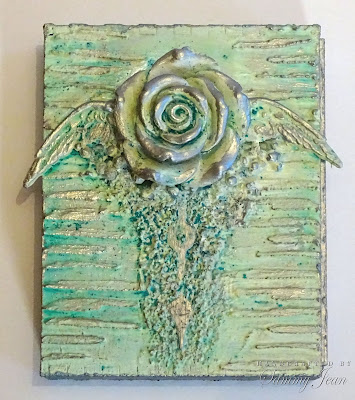 And now it's over to you. Check out the gorgeous projects over at the blog which my fellow teamies have prepared, and then why not come and play with us?

Be right back with project #2 for today,

Ah, serendipity! This strange white turned finally in a gorgeous result in your hands! I love the wings!

The gentle colours and interesting textures make your ATC box very classy Sammy Jean. I hope there is much Serendipity in your art making in the future.