I'm really, really excited to be able to share my DT project for CraftyHands with you today.

The theme is Anything Goes, so you all have no excuse for not joining in! For my project, I decided to take the "anything goes" literally, and do something very much not card-like... I decorated a wooden box! It's my first attempt at such, and I thoroughly enjoyed it!

It was a great opportunity to break out the Chalk paints I bought a couple of months ago, and have a play with those, so that's exactly what I did. As the paints I have are off-white and pink, that rather dictated the colour of the project! Anyways, here we go: 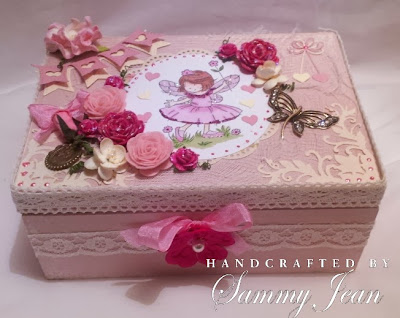 I decided to go with a shabby chic feel, as that went well with the colours, and of course used a Lili of the Valley image (coloured with Promarkers). I used a selection of dies from Spellbinders, La-La Land and Memory Box, Two different types of lace (one from Hobbycraft, the other from a local Habby's...). There's also seam binding and charms from the Ribbon Girl, and the flowers are mostly WOC, except for the pink felt ones, which I got from The Works. Oh, and let's not forget the cheese cloth! (picked that up at the LOTV shop!) 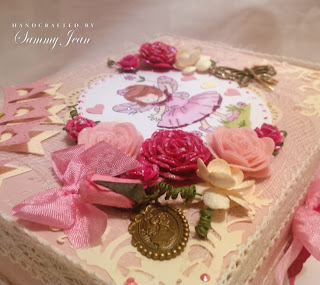 Naturally, there's a whole heap of Stickles and liquid pearls too (my first project with liquid pearls... Now I understand what the fuss is about!). 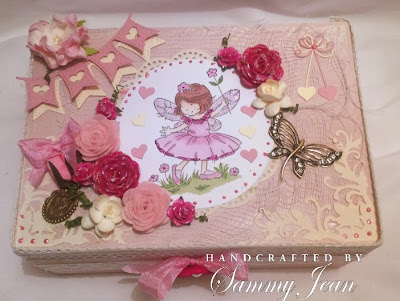 In this last image, you get a slightly better look at some of the details... As you can see if you enlarge the image, I first painted the box in the off-white, and then roughly went over it with pink. The majority of the box became pink, but there are some areas (like the top right corner) where some of the white still comes through. I also sanded the edges, in some places right back to the wood, though this isn't really visible, as I then went and covered it all in lace, lol.

So there you have my project. A shabby chic keepsake box. And now I strongly urge you to go see what the rest of the team have come up with, as they have put together some incredible creations!
And then come join in the fun, you have no excuse not to, and you'll have the chance to win this lovely prize: 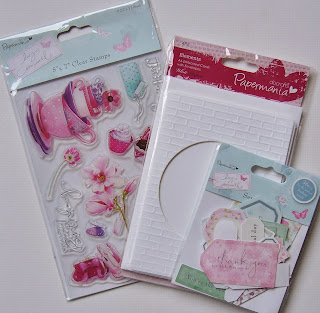 What a fantastic project Sammy... you could keep all your girlie LOTV stamps in it!! xx

Great idea Sarah, only it's nowhere near big enough! lol. (I have a LOT of them...)

This is gorgeous Sammy. I love the pretty colour, cute image and beautiful detailing too.
Sue xx

oh my good golly gosh! this is fabulous! you know I am lovin' all of the gorgeous pink!!!!! you have truly outdone yourself. :)

So pretty and girly, a fab project well done. Hope you will enter my little candy x

This is such a gorgeous box Sammy, such a pretty image and beautifully embellished.
Pauline
x

Beautiful box Sammy, I like the sweet image, and the embellishments.
Kevin xx

Lovely creation, thank you for joining us at CRAFT Challenge this week and Happy New Year!

This is so beautiful Sammy and in my fave colour too! I hope you can find a good use for this pretty box so you can enjoy it and all the sweet details :-)
Big hugs, Kat xx

very pretty box, thank you for joining us at heck of a challenge.

Well done, Sammy! Your readers are doing themselves a disservice if they don't click to enlarge and see your beautiful box details up close! It's stunning! I can just feel how much you love this and how much you enjoyed making it! Hugs, Darnell

This is just gorgeous Sammy, I love decorating boxes and this is a perfect example.

Thanks for entering our 'anything but a card' challenge - good luck!

Anne x
Lili of the Valley

WOW Sammy love everything, so pretty and the embellishments you have added are gorgeous...Hugs Lozzy xx

Pretty Box. The image is coloured beautifully and I love all the embellishments. The colour schemes are great and the layout is fabulous.

Beautiful and a really clever idea too.


Thanks for joining us at the CRAFT Challenge.

Wow, this is gorgeous! What amazing work.

Wowww Sammy! Such a GORGEOUS project you've made! I love all the bits and details you've done! So Stunning!

This is lovely and a great excuse to try out your chalk paints. I love the flowers. Thanks for sharing with us at Altered Eclectics