I'm playing along with team Wendy this week at Sweet Stampin', and we have a fab theme for you. We're looking for your magical makes!

I used a gorgeous image of Cinderella and her Godmother from The Paper Shelter (unlike what our Sweetie Chris may think, I haven't bought all their digis yet, but I have bought a lot of their bundles, including the fairy-tale one this is in. after all, what else is a tax rebate for? Teehee!) 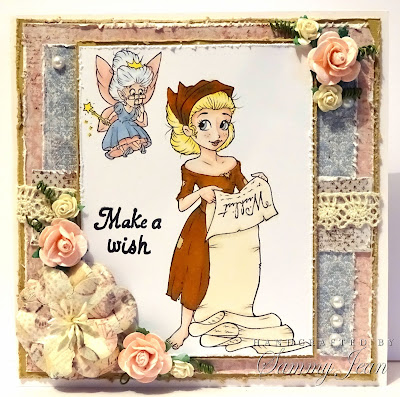 I paired her with some scrummy Maja design papers, and decided to go the shabby route for this one. I have to admit, her wishlist made me chuckle... Reminds me of my daughter when she was younger putting her list for Santa together... :D

Well, that's it from me, but don't forget to check out the magic my fellow Sweeties have created over on the blog, and do come play with us, we'd love to see your creations.

Naturally, I would love to take my card to go play at The Paper Shelter's Summer break challenge too!
Posted by Sammy at 08:00 2 comments:

Back with my entry into this week's challenge at The Paper Shelter. I had to have the Retro chic collection when I saw it. I just LOVE those images, and the first I wanted to colour was this fab lady: 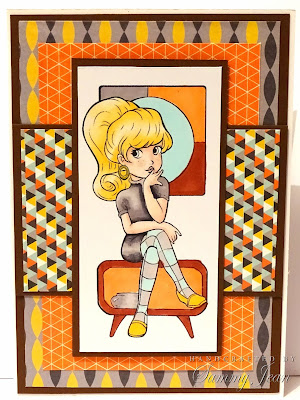 Isn't she brilliant? And so much fun to colour. It was loads of fun playing with colours outside my comfort zone too. I mean, orange, yellow and grey? Not my go-to set, I assure you, lol.

Anyways, I'm off to go share at The Paper Shelter in their Anything goes challenge this week :)

time for a new challenge over at Sweet Stampin, and this week we're looking for friends, to celebrate Friendship day.

So this is what I made: 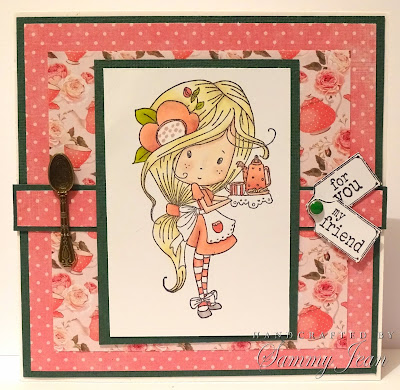 The image is a Polkadoodles stamp, and the papers are from a pad from The Works that my daughter gave me. The sentiment stamps are of course LotV.
I just love the little spoon, don't you?

Your turn! Make a card for someone special, and share it with us this week!


I'd like to enter this card at the Polkadoodles challenge!
Posted by Sammy at 08:00 3 comments:

Back again for this week's entry into The paper Shelter's challenge. This week's theme summer spirit is quite similar to last week's holidays theme, so I decided to go with the same happy, sunny paper pad (while I still had it out, and it wasn't put back right at the back of my cupboard, lol).

This week's image I decided had to be one out of the ice cream collection, because nothing says "summer" more to me than a nice cold ice cream! 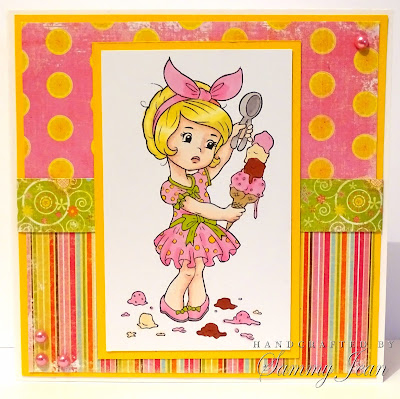 Isn't she adorable? And I really, really fancy an ice cream now!
I purposefully didn't add a sentiment, as this is so versatile, and could work for so many different occasions!

Well, that's it from me, off to go share this at The Paper Shelter!

Hello all, me again!

Yep, off to play along at The Paper Shelter again. When I saw the theme was holiday time, I was pretty happy, because this awesome image was waiting on my desk to be coloured! 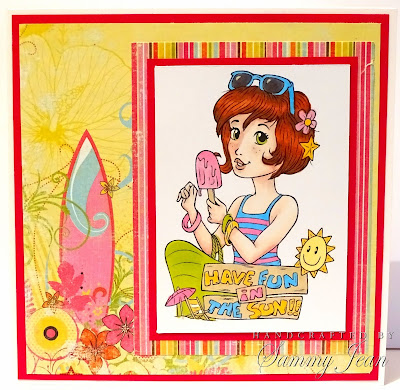 The papers I paired her with are about 6 years old! They are part of a pad that was a magazine freebie, and they immediately came to mind when I saw the digi. Of course, it did mean digging to the very back of my craft cupboard to locate what I still had left of them, but I think it was worth the effort in the end. I just love how cheerful they are!

Right, off I go to enter this in The paper Shelter challenge!

I'm playing along with team Wends again at Sweet Stampin' this week, as the theme is wonderful women, and today just happens to be my wonderful mother's birthday!

Now, my mum's firstly a cellist, but she also dabbles a bit with the violin, so when I saw this gorgeous stamp from Crafter's Companion, I knew it was meant to be. 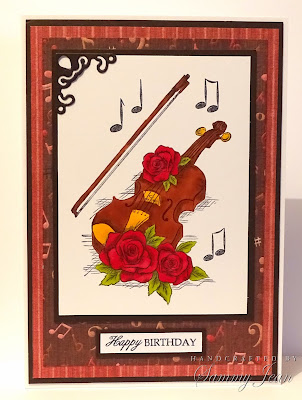 I paired it up with some gorgeous music themed papers from LotV, and added a pretty die-cut corner and a LotV sentiment too.

So that's mine. I hope you'll come and share your makes for the wonderful women in your life with us too.

Just swinging by with the card I made to enter The paper Shelter's challenge with this week. The theme was to use a digital image, and the hardest part was choosing one! But I figured it was probably about time I started on my Christmas cards for this year, so grabbed this fantastic digi, which made me giggle so much! 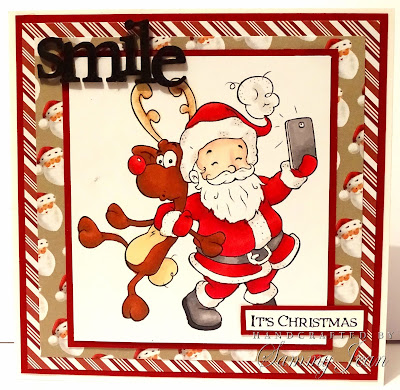 I know exactly who I'll be sending this one to!

So now I'm off to go play over at The Paper Shelter, which is totally a legitimate excuse for putting off cleaning the kitchen floor, right? hehe...

*apologies for the lateness, I had this scheduled for tomorrow by mistake!*

Morning all, I hope you're ready for a new challenge? This week we're looking for you to add a button at Sweet Stampin'...

For my card I broke out stencils and ink, and some ribbon, twine and a LotV sentiment stamp, as well as the button, of course!

I've got to admit I'm quite pleased with the outcome.

Now it's over to you! We'd love to see some buttons over at Sweet Stampin', but don't forget to use a stamp too!

It has been summer for just a little over a week in the northern hemisphere, and we actually got a little sun in Leeds for about a day and a half. This may not seem like a big deal to many people, but in Leeds that's something of a minor miracle, lol.
but it's raining again now, and likely to be overcast all week again, so I guess it was fun while it lasted!

Now I had actually planned to make something summer themed for my dt inspiration for Altered Eclectics this month, but guess what..? I was too busy actually enjoying the sun!

So I'm afraid my offering is more spring than summer themed, but hey, maybe next month...

I used a cloth canvas I got in a Craft Box a while ago, and loved the look of. Unfortunately, though they look fab, they're not so great to work with, as the material gives far more than regular canvas or burlap panels do, and it's harder to get things to adhere. But where there's a will, and all that... 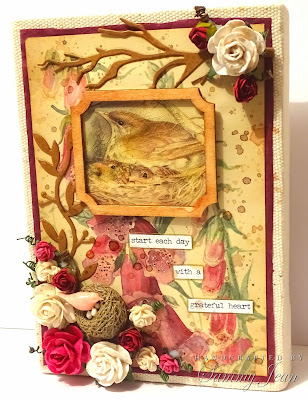 For the base, I used a page from The Country Diary of an Edwardian Lady, layered on some magenta coloured tissue paper. for the focal image I used an image out of the same book and framed it, then covered it in crackle accents (it was originally going to be crazing distress collage medium, but when I opened the tub it was rock solid :(  )
I added die-cuts, flowers, a resin bird in a nest and a sentiment, then finished off by splattering the whole thing with Distress Inks. 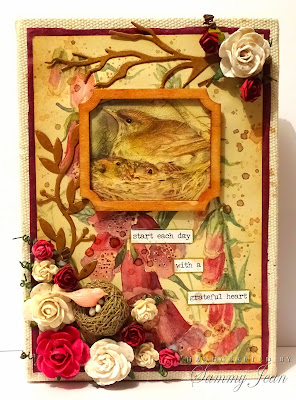 And that was me. Don't forget to go check out the blog, as my fellow teamies have some fab inspiration for you too!