My appointment finally came through! I'll be getting assessed on the first of September, and I have everything crossed that it won't take long to get fixed after that. I'm so, so tired of being in pain, and it's only getting worse the more time passes...
But there is a light at the end of the tunnel! :-D

And now on to more fun things. Like this month's challenge over at the Crafting Cafe, where the theme is Love and Marriage. (Cue me doing a little song and dance, Sinatra style, before collapsing in front of the TV a la Al Bundy, lol.

The sponsor this month is Bugaboo, and I got a fabulous Gus and Stella image to play with... The sentiment I thought was especially amusing (and true! lol). 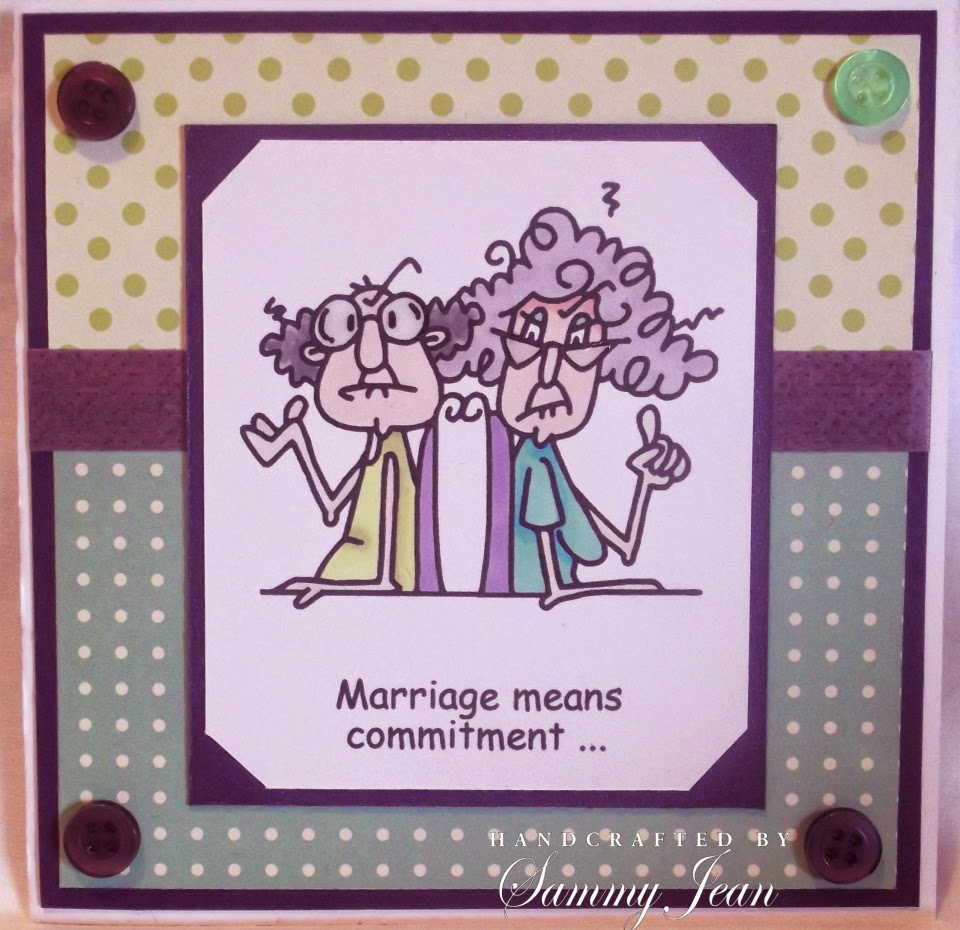 And the rest of the sentiment is on the inside: 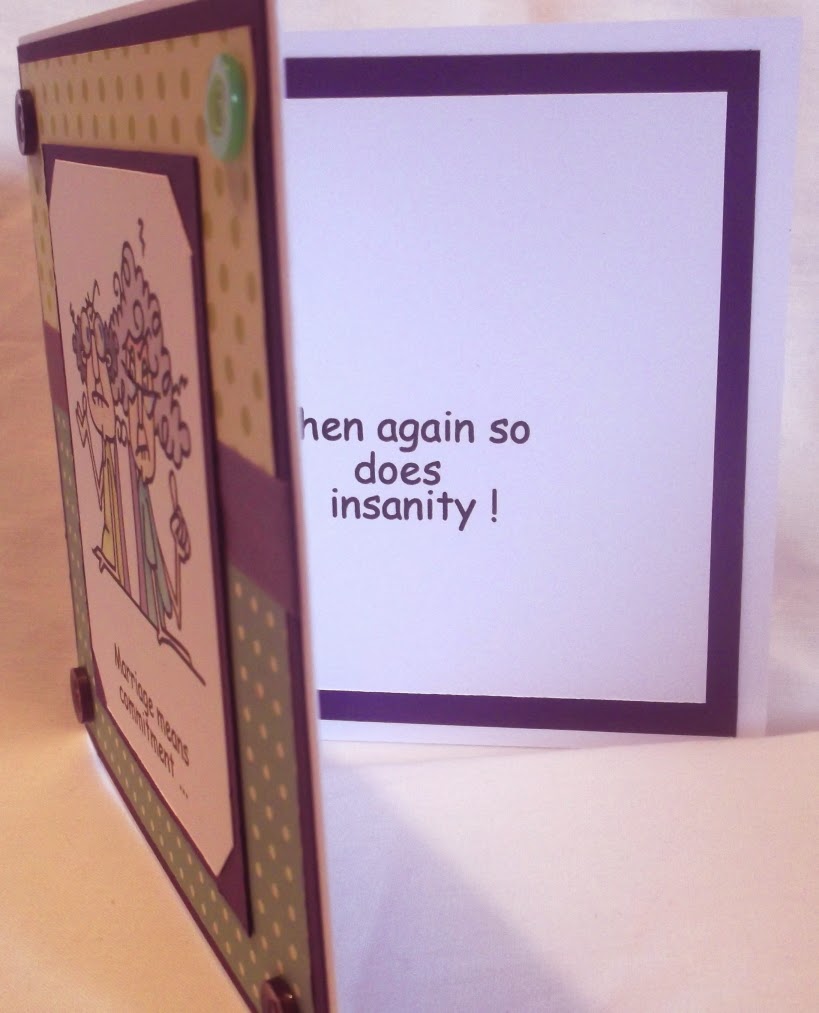 The papers were magazine freebies, and of course I coloured the image with my Promarkers. I used some purple washi tape I found in The Works, and the buttons came from a £1 sewing kit I picked up some time a year or so ago.
Naturally there are glossy accents on the glasses, though it doesn't really show in the picture.

So there we go, love and marriage. And a rather amusing sentiment. And let's face it, it wouldn't be funny if it wasn't true... ;-)
Now, you still have a week to come and play this challenge, so hopefully we'll see you there!

How true. Even the picture is true. Funny card but true. It takes a while to work things out or get numb to one another. LOL. Yep it does take commitment. Something too few have today.