Anything goes - Rhedd and Rosie's DT

First of all, a dentist update - or rather - a depressing lack of one!
The other day, annoyed at how long it was taking for my appointment with the specialist to come through, I contacted the dentist to see if they could tell me what the hold-up is.
Turns out, they are busier than expected, and there's a good chance I won't hear from them until the end of July, at which point I'll receive my letter telling me when my appointment is, likely around three months from then! so chances are, it'll be October before I'll get anywhere!
Considering the fact that I have been in a lot of pain since February, I am needless to say not particularly happy about this!

Now, on to better things. namely, the new Anything goes challenge going live at Rhedd and Rosie's this morning!

I used a digi from our sponsor Stitchy Bear, and prepared this for you all: 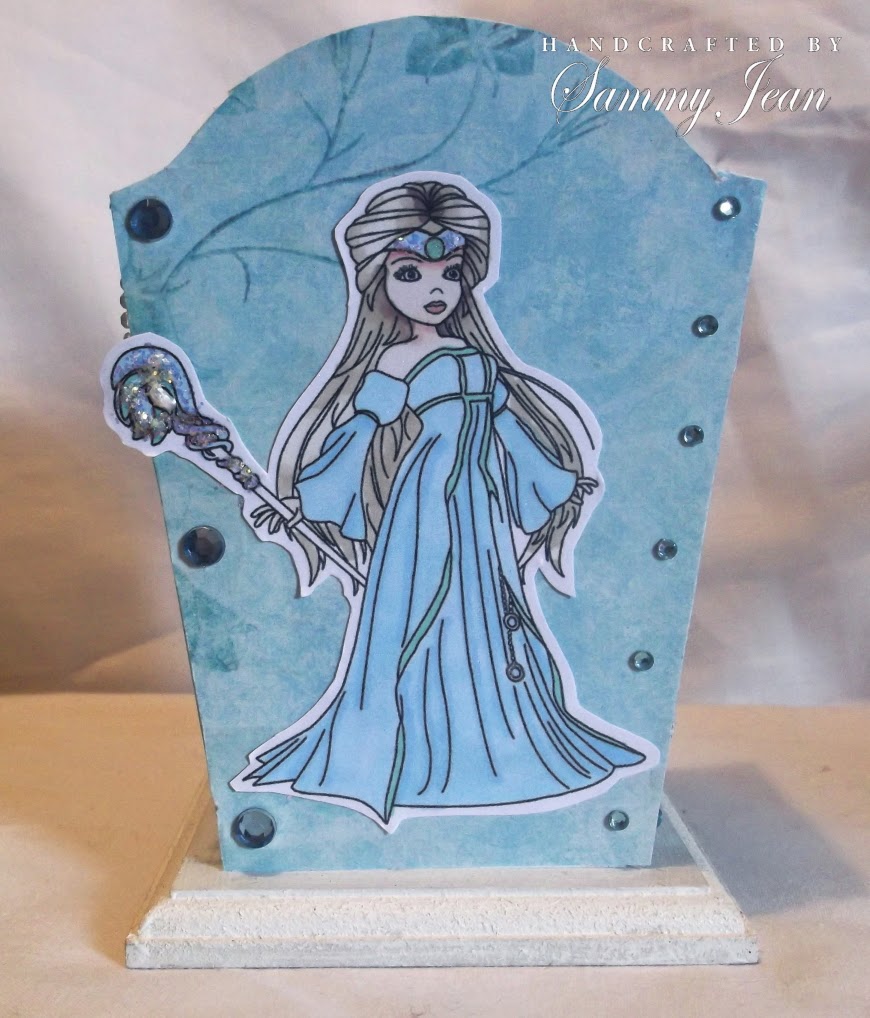 I started off with a blank pen pot from the MDF man, and covered it in white gesso. I then decorated with some LOTV papers, my Promarker-coloured image, and some lovely embellishments from my stash.
There's actually a lot of sparkle on the image, but it hasn't shown up in the pictures, I'm afraid. 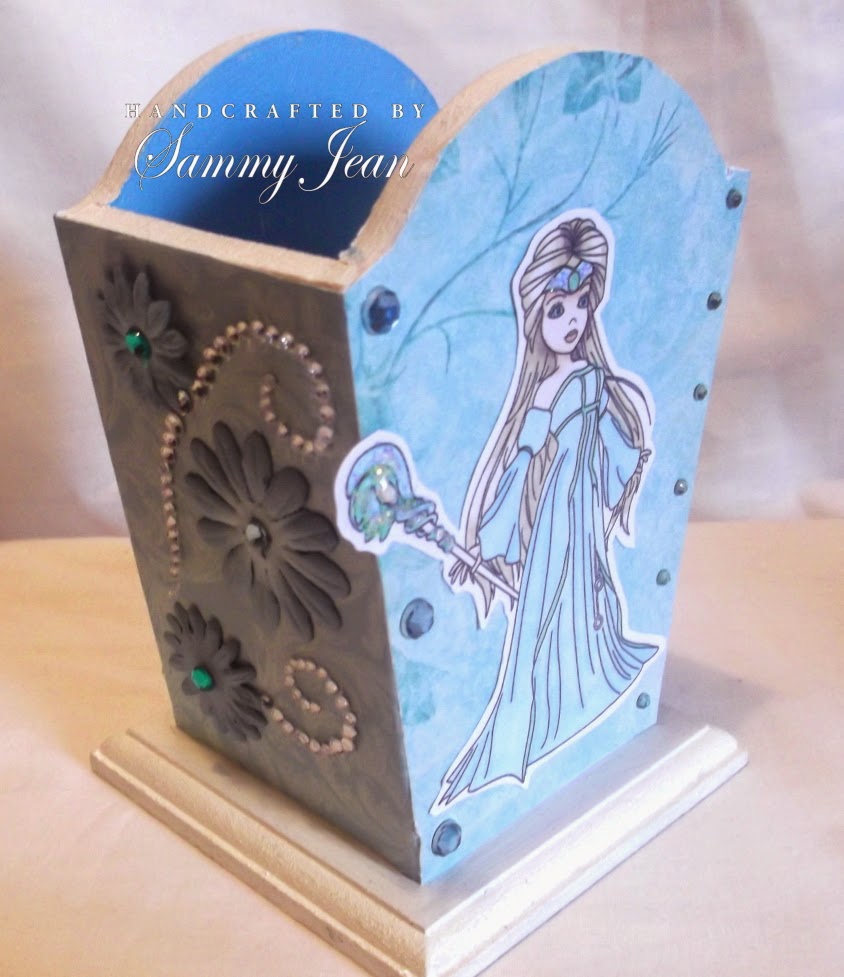 I included some gem swirls from the Hobby House, and Joy Crafts butterfly die cuts. 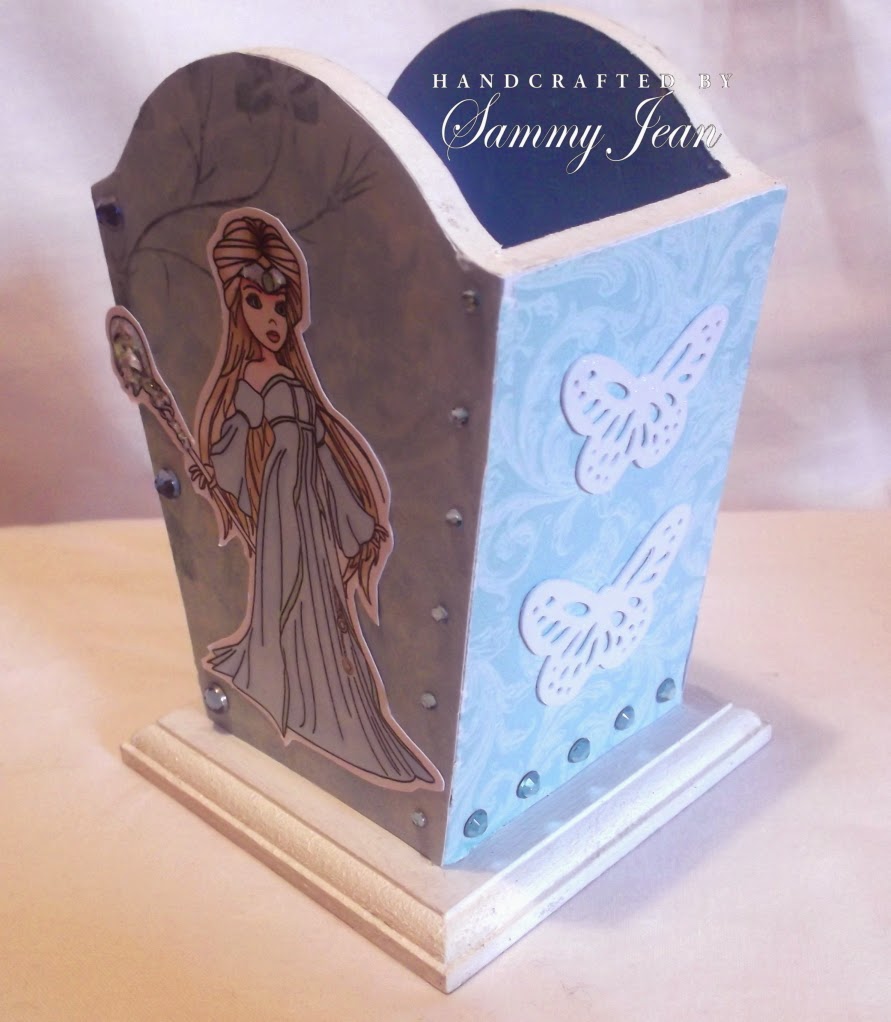 I painted the inside blue to finish it off and add a little contrast, et voilà!

I managed to keep hold of it for all of about 10 minutes after taking the pictures, before my daughter whisked it off to her room. She happened to be tidying her bedroom at the time, and needed something to put her pens in, so the timing couldn't have been more perfect!

Well, that's it from me this morning. Hope you're all well (and not in pain!) and have some nice weather coming your way.

Have a fantabulous day.

Love this pen holder Sammy and glad it found a good home!! Sorry to hear that you are still suffering though. What atrocious service you are getting, I would put in a complaint if I were you!! xx

This is just adorable, no wonder your daughter nabbed it...love how you have used the image...xx

That' is a beautiful piece and very practical too. I'm sure your daughter will treasure her pencil holder too. Blessings!