I have a somewhat cheeky card for you this morning for this month's challenge over at The Crafting Cafe. The theme is Flights of Fancy, which I think could have many interpretations.

My husband, who is approaching the ripe old age *cough* of 42, is often teased by our youngsters about how terribly old he is. It is a running joke in our household that dad is in fact 65 million years old (he used to have a pet dinosaur, you know...) and hubby plays along with good cheer, regaling them with stories from over the millennia. If he is to be believed he is responsible for many things, both good (he invented the first language, because the grunts of the Neanderthals were getting too confusing) and bad (he's lost count of the amount of earthquakes he's caused after eating sprouts and beans!).

So when I saw the images provided for us by our fab sponsor Doctor Digi's House of stamps, there was one in particular that stood out, because it fit so perfectly with out little running family joke.

This was the result: 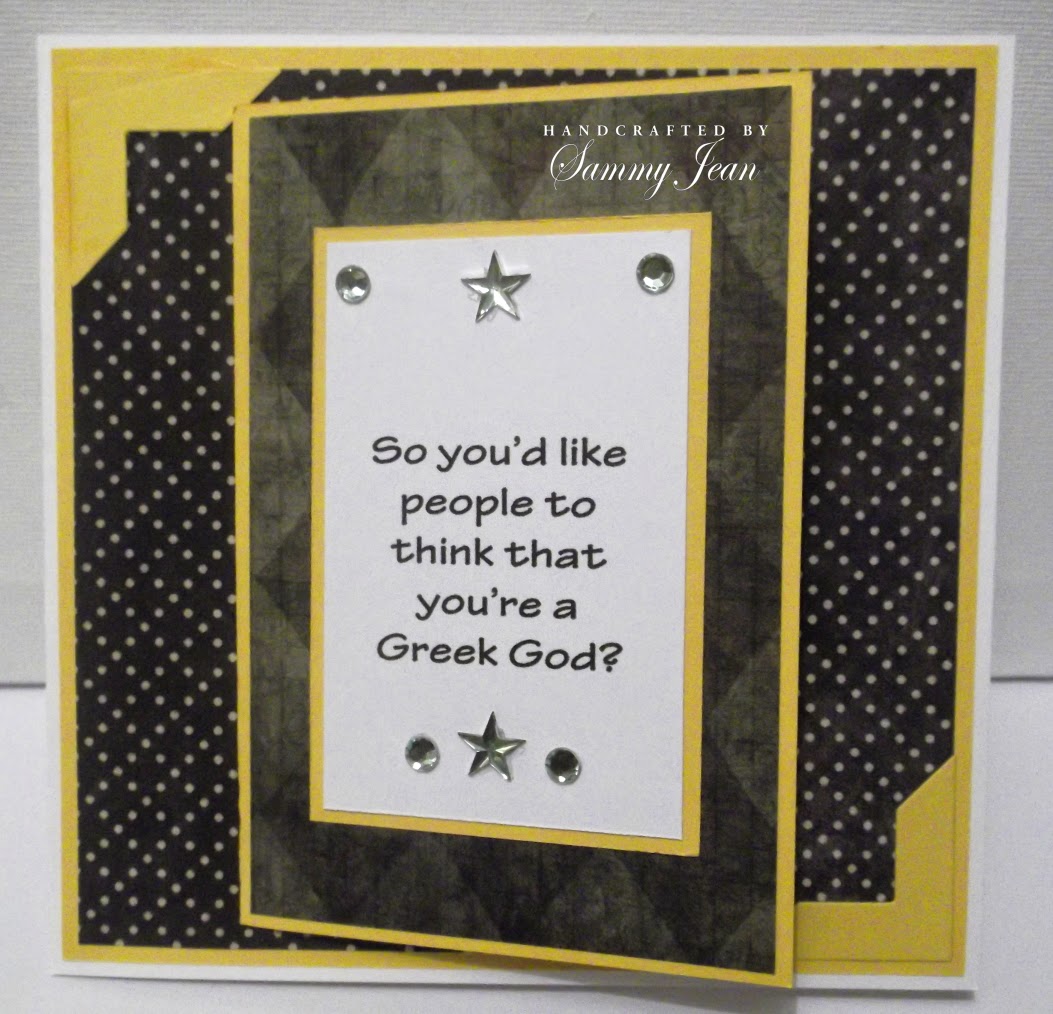 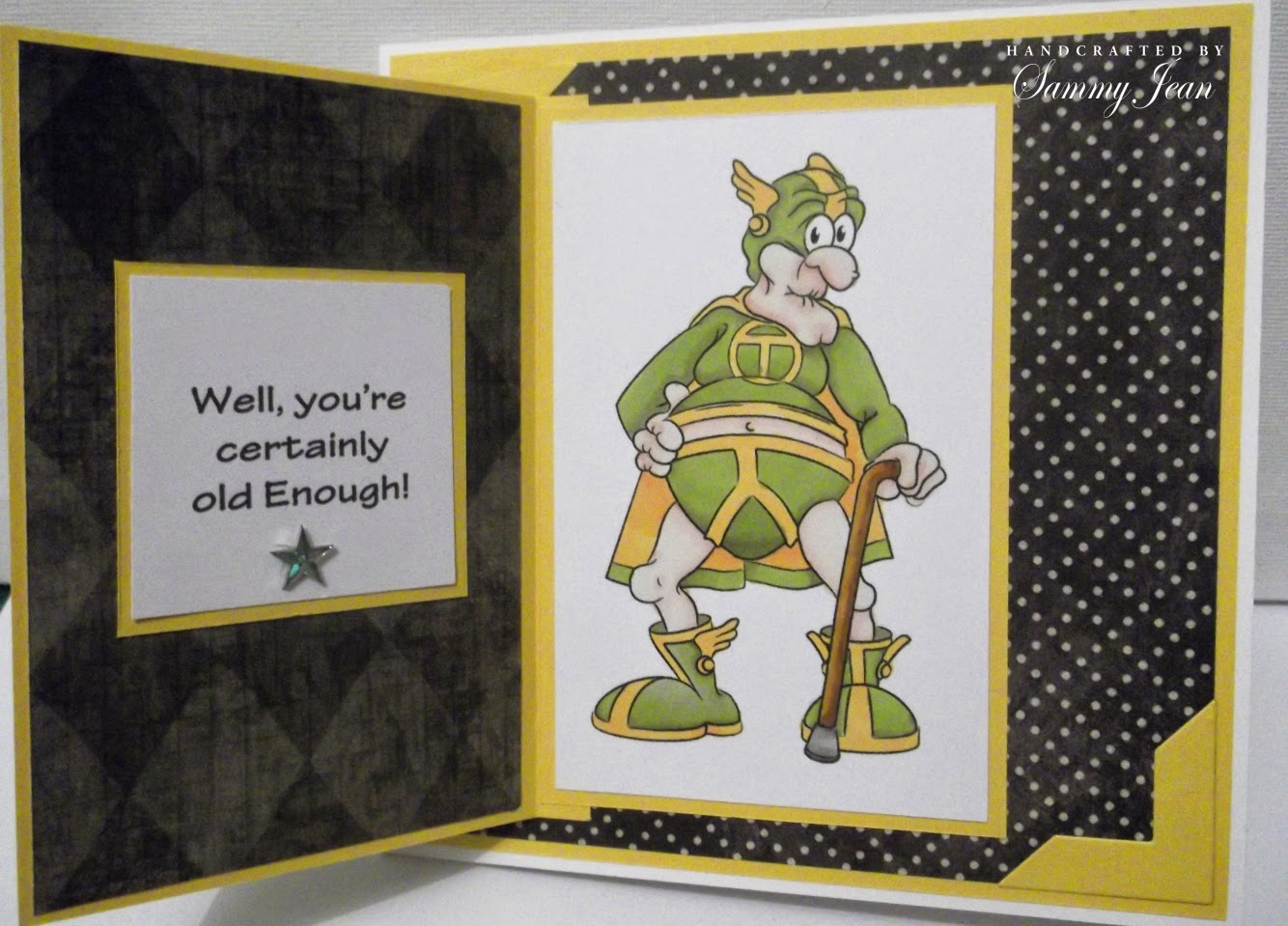 So yes, a little cheeky really, but I know hubby will appreciate the joke, and the kids think it's hilarious! It's not his birthday for another 2 months, but I really like being ahead, lol.

Hope you'll find the time to play along with us this month. There's still a week left!

Hope to do some further catching up with you all tomorrow, until then, have a fantabulous time.

It's so nice when you find a stamp that is just perfect for someone and this one is sure to provide a giggle or two as well!
I love the fun sentiment too and it looks great with that flip out panel design :-)

Now, just don't do what I would do and forget you've made it by the time hubby's birthday comes round and make another one - lol!

Oh my Sammy this is so funny. Love that image with that sentiment. Great card, love these colours too. Hugs Veerle x

Hilarious image Sammy, this is just so much fun! Love the black and yellow together, fabulous card! hugs :)

How did you get that picture of me? LOL. Great fun and a wonderful card. I have been told I am older than dirt. You DH has some competition. LOL.

A brilliant card for your hubby Sammy, great design hiding the image on the inside - he's going to love it!
Pauline
x

I love it, Sammy!! And I really love that you have so much fun as a family and that your hubs is a good sport! Around here everyone, including the Mister, calls him a dinosaur so I can relate!! Hugs, Darnell